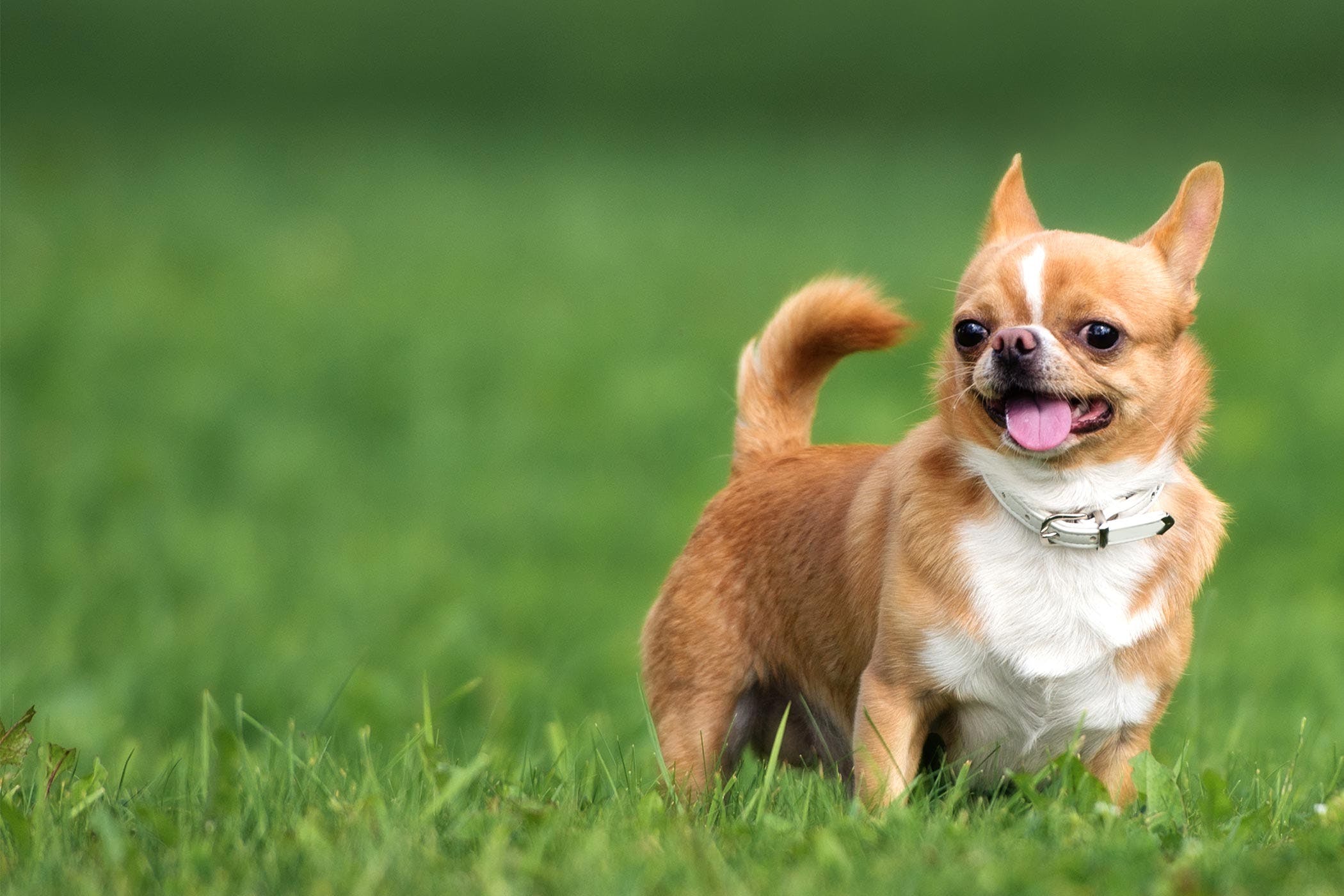 When you look at a Chihuahua that weighs less than two pounds full-grown, it is hard to imagine that it’s actually a dog! That is why so many people once believed the rumour that Chihuahuas were some kind of weird mix of rodent and dog. The rumour began after people who travelled along the Mexican border with Texas and Arizona over one hundred and fifty years ago noticed the breed.

Early Wild West novels and storybooks explained the small size of the Chihuahua by claiming that the animals were created through a secret process used by medicine men or pagan priests in Mexico or South America. The process was said to have involved the mixing of small dogs and rodents. However, dime novels were not the only places where tale tales about Chihuahuas were spread. 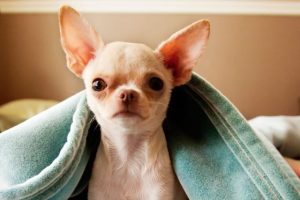 Early descriptions of the dogs by Missionaries and Conquistadors travelling throughout South America indicated they were used in worship ceremonies or even eaten by faithful followers of the Aztec religion. Such descriptions were often exaggerated to make the Aztec People seem completely pagan to Christians and, thereby, justify their conquest and conversion. While we are certain that Chihuahuas were used in Aztec worship ceremonies, there is no evidence to date that any were eaten. Many have been found buried with people, so it’s possible they were killed to join their owners in death.

Because they are much smaller and seem to be so different from other dog breeds, a number of old wives tales exist about these tiny animals. Some are true, others are just myths spread by the uninformed:

BAD BREATH – Chihuahuas have a breath odour that is no better or worse than that of any other dog breed. This rumour started because so many early Chihuahua owners fed their dogs unwanted fish parts. Captains, mates and others who worked aboard ships in the California of the middle to late 1800s found Chihuahua dogs to be terrific companions. Not only would these dogs sound the alarm if anyone came near their personal property, but they were small enough to be welcome aboard vessels of any size. Ship captains were particularly fond of them because Chihuahuas had a knack for chasing rats out of small spaces that other dogs couldn’t reach. When pups came along and they were sold to landlubbers, new owners were told that the dogs just loved fish parts!

CHIHUAHUAS HAVE GIVEN BIRTH TO KITTENS – Chihuahuas tend to get along unusually well with Cats. In fact, Chihuahuas have been known to nurse orphaned or abandoned kittens. However, I can say with great certainty that no Chihuahua has ever been known to give birth to a litter of kittens.

CHIHUAHUAS COME FROM OUTER SPACE – Some Natives of North and South America have traditions that indicate their ancestors may have come from the stars. Some researchers believe that’s an incorrect interpretation of the native people’s belief that their ancestors come from a higher spiritual existence. Either way, early scholars who took an interest in the origin of Chihuahuas indicated that they had not been able to discover how, when or where the breed originated. As interest in ghosts, Atlantis and space beings first became popular in the late 1800s, many people adopted the idea that Chihuahuas must have been brought to Earth by visitors from beyond. Needless to say, this is probably not true and likely came from the same people who believe that Corn is an Alien invention unfit for human consumption. 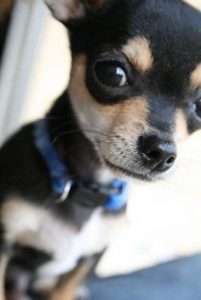 CHIHUAHUAS CAN HEAL SEVERE INJURIES OR REDUCE PAIN – Early settlers who came to the Southwest United States noticed that Mexicans and some Natives would tie Chihuahuas to parts of their bodies that seemed to need healing or where pain was a problem. This practice leads to the theory that the dogs were magical and could cure an assortment of physical problems. In reality, Chihuahuas have been known to lie near or on parts of their owner’s bodies where the pain was being felt, an infection had set in or other health problems may have existed. The warmth of their tiny bodies probably helped ease the pain a bit. The licking of infections or open wounds may have helped clean out microorganisms or infected tissues. Interestingly enough, it has become known that some dogs seem to possess the ability to diagnose cancer or other health problems in various parts of the human body.

CHIHUAHUAS CAN CURE OR REDUCE THE SEVERITY OF ASTHMA AND ALLERGIES – Most people with Asthma or severe Allergy problems have a problem with pets. Not so, it seems, with the Chihuahua. Although there is no known medical evidence to support the idea that Chihuahuas can cure any disease, many Chihuahua Owners who suffer from Asthma or severe Allergies claim the dogs help. As recently as thirty years ago, people living in the Southwest would get a Chihuahua for a child or family member with Asthma or Allergy problems. The dogs would sometimes lie near that person’s mouth and become ill. At the same time, the person would seem to feel better. The idea was that the problem was transferred from the suffering human to the dog. While that’s obviously untrue, it is a fact that Asthma and Allergy sufferers
seem to do better with short or long-haired Chihuahuas the with any other dog breed.

CHIHUAHUAS COME FROM CHINA OR EGYPT – There is some evidence that Chihuahuas may have already existed in Africa and Asia before they were discovered in America, but none so conclusive to say that they originated in any of those places. We are just now discovering that seafarers may have visited our shores long before Columbus or even the Vikings. This may account for the presence of Chihuahuas in other parts of the world. No one really knows the exact origin of the Chihuahua.

IF REALLY UPSET, A CHIHUAHUA’S EYES WILL FALL OUT OF IT’S HEAD – The ‘bug eye’ look of some Chihuahuas undoubtedly lead to this myth. Modern science has shown this to be false.

SEWER RATS HAVE BEEN SOLD AS CHIHUAHUAS – This is yet another branch of the false rodent identity once attributed to Chihuahua dogs. Years ago, a story appeared in one of the supermarket tabloids proclaiming that a couple who visited Mexico was sold the hybrid of a rat-dog mix that looked like a Chihuahua. This lead to the often-repeated and equally nonsensical story of a couple who vacationed in Mexico and brought home a sewer rat they bought as a Chihuahua.

AN ANCIENT CHIHUAHUA WAS DISCOVERED PERFECTLY PRESERVED IN A SOUTH AMERICAN PYRAMID – Another crazy story courtesy of our friends at the supermarket tabloids. This one appeared in an early 1970’s tabloid article and claimed that the dog’s flesh was still edible, blood samples could be extracted from the dog’s body and the animal’s eyes were a colour never before seen in animals(???). Well, they made it up, not me!

The craziest thing about all the tall tales that surround the Chihuahua Breed is that some may actually be true. The Chihuahua is the world’s smallest dog breed and longest-lived. Animal Behaviorists tell us that Chihuahuas are the only dogs that tend to prefer the company of humans to that of other dogs. They will nurse kittens and have helped people who suffer from various maladies. With a background like that, I suppose almost anything is possible. However, one thing is for sure. They make the world’s best pets! 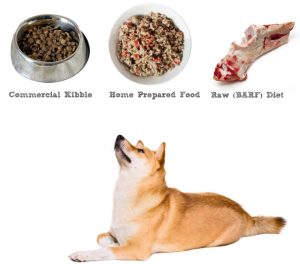 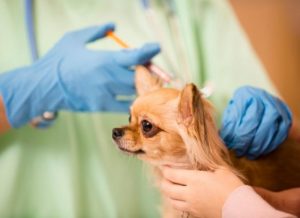